Smirnoff, the tipple of choice for the Russian Czars was invented by Pyotr Smirnov in 1664 and it dominated the Russian market right up until the Bolsheviks finished put an end to such decadence in 1917 (a big Hi! to anyone out there enjoying Czars on Netflix!).

Luckily his grandson fled to the west and continued Pyotr’s tradition of producing the purest, charcoal filtered vodka that has fuelled parties for centuries. Just ask Diageo, it outsells all their top sellers annually. Ask the vodka drinker why they choose Smirnoff though, and they’re usually unconcerned where and how it came to be, they only care that it makes a great drink to share with friends. Now, this versatile vodka is about to smash your summer with a new serve.

The team at Smirnoff are brining flavour to the fore by taking the garnish and making it much more. Smirnoff Soda Fruit Smash is vodka infused with a natural flavour boost that’s a zingy mouth-watering taste for less than 60 calories a pop. This zesty spin on the classic vodka soda enhances the delicious fresh citrus taste without artificial flavours, sugars or fuss. Smirnoff Soda Fruit Smash is going to be your new favourite hack for taking vodka, citrus and soda to the next level. Some mixologists choose from three ingredients to blend with Smirnoff No.21 Vodka and crisp bubbles of soda. The tang of lime, the juicy orange, and the sweet sharp grapefruit. We suggest focusing on the surprise flavour of grapefruit for something really refreshing with a handy health kick.

Grapefruit, be it ruby red, yellow or pink, is loaded with Vitamin C, it’s sweet but low in sugar, it helps lower that bad LDL cholesterol while pumping up your immune system.

A Smirnoff Soda Fruit Smash is simple to make:

Keep your grapefruit at room temperature which makes them even more flavourful and easier to use in your cocktail.

So simple, you’ll wonder why we didn’t tell you before. To get you going, we’re offering you a discount on Smirnoff through August 2019. Buy 1 bottle of Smirnoff Vodka and get a free soda water all for $22.99 down from $31.99. That means you can get extra grapefruit. 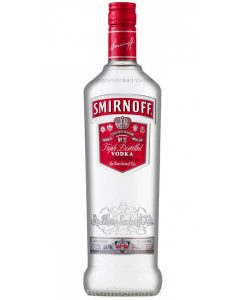 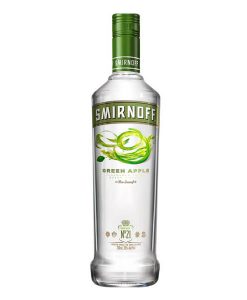